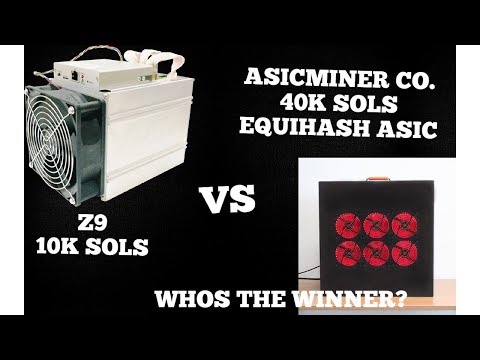 In case you missed it: Major Crypto and Blockchain News from the week ending 12/14/2018

ASIC resistance seems to be something that crypto fans cheer. This may have something to do with the fact that they see Bitmain as a looming monopolistic threat that can produce enough hardware to 51% networks.
While this may be true to some extent, the solution to this problem seems to always be to simply fork them off. This, of course, never actually works.
Take for example Horizen (formerly Zencash). Horizen is a fork from Zclassic, which was a fork to remove the 20% founders fee from the block reward from Zcash, which was itself forked from Bitcoin.


Now, being a fork of Zcash, Horizen uses an equihash algo for mining. Other coins that use equihash include Bitcoin Gold, Komodo and, of course, Zcash.
The whole point of making equihash was to be an ASIC resistant algo. Well, guess what? In less than a year equihash ASICs were created.
The reason I bring up these coins is because Horizen and Bitcoin Gold both recently suffered 51% attacks on their respective networks. The attackers were able to rent more than 51% of each coins hash rate and used Nakamoto consensus rules to mine in secret, faster than the rest of the network. This allowed the attacker to deposit on binance, trade ZEN for BTC , withdraw, and after he received his BTC, add his blocks to the chain (longest chain rule) and double spending his ZEN making free BTC.
BTG and ZEN had different approaches to this problem.
BTG decided to go with a more "memory hard" equihash algo, which will stymie ASICs for a time, but they will likely be back, if the coins have a big enough market cap.
https://bitcoingold.org/equihash-btg/
Horizen decided not to follow in BTG's footsteps. Their approach is to slightly alter Nakamoto consensus rules to disincentivize mining in secret. This, in my opinion, is a much more elegant and long term solution to the 51% problem.
GPU miners in the Horizen community claimed that the Horizen team's decision to not fork to ASIC resistance was giving into Bitmain. However, in the few months that ASIC miners have been mining equihash, two other companies, Innoscillicon and ASICminer (company name) developed more powerful equihash miners than Bitmain, although they were quite a bit more expensive. Add to this the fact that Samsung has been making ASIC chips for at least 6 months and it starts to become clear that Bitmain's monopoly will slowly be chipped away by the market.
https://techcrunch.com/2018/01/31/samsung-confirms-asic-chips/
The point is, for most ASIC resistance advocates, it comes down to their concern for decentralization because of Bitmain's dominance. To this, I will direct you to the equihash saga as outlined above.
If you believe that Bitmain is as nefarious as some say they are, why do you think they are not above developing an ASIC miner for coins that are supposed to be ASIC resistant, test in secret, and then just unleash their hash on the network, rendering it completely useless? They could have done that with equihash, but they didn't, maybe mostly because they didn't think it was worth the pain to fabricate them all.
ASIC resistance is futile. GPU mining is a hobby for most, and they can resell the GPUs when they are finished. ASIC mining is the industrial version of mining chains need to be secure against attacks, by up to and including state actors.
For all these reasons (and more) I have come to the conclusion that forking to ASIC resistant algos is dangerous for the network because it artificially suppresses hash power (and opens the door to hostile takeovers), is temporary and essentially a subsidy to GPU miners.
Disclaimer: I do not mine, but I am a secure node operator for Horizen.

Wenn Sie sich für den Einstieg in den Bitcoin-Mining entschieden haben, aber noch nicht bereit sind, in teure ASIC (Application Specific Integrated Circuit)-Miner zu investieren, können Sie sich für einen Cloud-basierten Mining-Service entscheiden. Es gibt eine ganze Reihe von solchen Diensten, aber Miner-Server ist definitiv der beste. Today, if you try to mine with anything other than an ASIC miner, you’re in for a disappointment. ASICs are built specifically for Bitcoin mining and are therefore the most efficient type of miner out there. For reference, a single ASIC miner has the equivalent mining power of 700 GPUs. Therefor, the massive move of miners toward ASIC ... Vor mehreren Jahren noch nutzen die Miner für das Schürfen Grafikkarten. Das ist auch heute noch möglich, jedoch stellen diese oftmals die bessere Wahl dar. „ASIC“steht für „Application Specific Integrated Circuit“ und bedeutet so viel wie „anwendungsspezifische integrierte Schaltung“. Calculate how profitable it is to ASIC mine selected altcoins in comparison to bitcoin $15,479.70 $57.93 $440.30 $120.52 $5.32 $69.33 $60.97 Follow @WhatToMine dark mode GPU ASIC Miner 8 Nano 44TH: Developed by a little known technology firm called ASIC Miner, the ASIC Miner 8 Nano is said to be the most powerful rig currently in existence. 2018: 2,100: 47: $1,790 : 44: 4: Innosilicon Terminator T3: The T3 is has been developed by Chinese firm, Innosilicon. It is popular becaause of its power but a purchase of ... Bitcoin ASIC Miner Manufacturing Domination: Bitmain and Microbt Battle for Top Positions . On June 16, 2020, Bitmex researchers published a report that noted bitcoin mining rig manufacturers have ... For the review period, Ebang, which makes application-specific integrated circuit (ASIC) chips used in bitcoin mining, reported total operating expenses of $7.71 million compared to $9.60 million ... Today, we will be looking into how a USB ASIC miner work and if it is still profitable for mining in 2020. The Origin of the USB ASIC Miner. While at first Bitcoin could only be mined with CPU power, in 2013, a new type of mining hardware emerged the ASIC miner (Application Specific Integrated Circuit).. ASICs are special hardware designed only for mining cryptocurrencies that are based on the ... This is most definitely the most powerful Bitcoin ASIC miner on the list, and also the most profitable. While probably not the best model for a starter, S17 Pro definitely earned its share of the market, taking it by the storm. With the hash rate of 53 Th/sec and power consumption of 2094W, it is a rather impressive machine, fit for any professional miner. See also. What Is Masternode: Meaning ... Expensive Bitcoin mining hardware is fast, efficient, and unique. You need to aim for the miners with high value and quality instead of going for cheap equipment. Understand the ASIC miner value and ASIC mining calculation before opting for the miner. Let’s move on to the top 5 ASIC miners in 2020: #1 Bitmain Antminer S5

😀 𝙏𝙝𝙖𝙣𝙠 𝙔𝙤𝙪 𝙁𝙤𝙧 𝙒𝙖𝙩𝙘𝙝𝙞𝙣𝙜! 🚩 Remember to subscribe and hit the bell "🔔" icon, so you don't miss your ... A $2000 investment turned into me spending $100,000 dollars building a custom shed for cryptocurrency and Bitcoin mining. Here's the story of Drew Vosk and t... Should you buy a pre-built btc cryptocurrency mining rig? The answer depends, lets review the Coinmine One and discuss the status of gpu mining in 2019 and t... ***MY SOCIAL MEDIA LINKS*** https://www.bitchute.com/profile/uWlxmQ9GEeOU/ https://d.tube/#!/c/juanzo74 https://steemit.com/@juanzo74 https://twitter.com/jts... Bitcoin ( BTC ) resurgence is continuing to sap capital from the altcoin markets as other cryptocurrencies are struggling to catch up to BTC. The DeFi Compos... TENÉ YA TU CUENTA EN BINANCE EXCHANGE https: ... ℹ️ #Crypto256 #AsicMiner #DominioCrypto 🙂Gracias a todos por tomarse el tiempo de ver el video, así aprendemos juntos. Si te gustó ... 1 Hour Very Powerful Blessed and Anointed Prayers 100% NO ADS! Story of God 💰 Attract Abundance of Money 🔴 Prosperity and Luck Law of Attraction [ 100% NO ... Today we look at ChainLink, Enjin coin and VET for possible moves to the upside. we also explore the S and P 500 breakout and how it effects BTC, Altcoin sea... The Best ASIC Miner For Residential Mining - FutureBit Apollo Review - Duration: 18 ... Binance Attack & The "Roll-Back Bitcoin" Idea - Duration: 7:35. Kev's Crypto Channel 142 views. 7:35 . GIANT ... Why Crypto.com Is NOT Ponzi Scheme Like Bitconnect? Deep-dive Into The Company, Team And Reddit - Duration: 26:14. denome 2,712 views. New